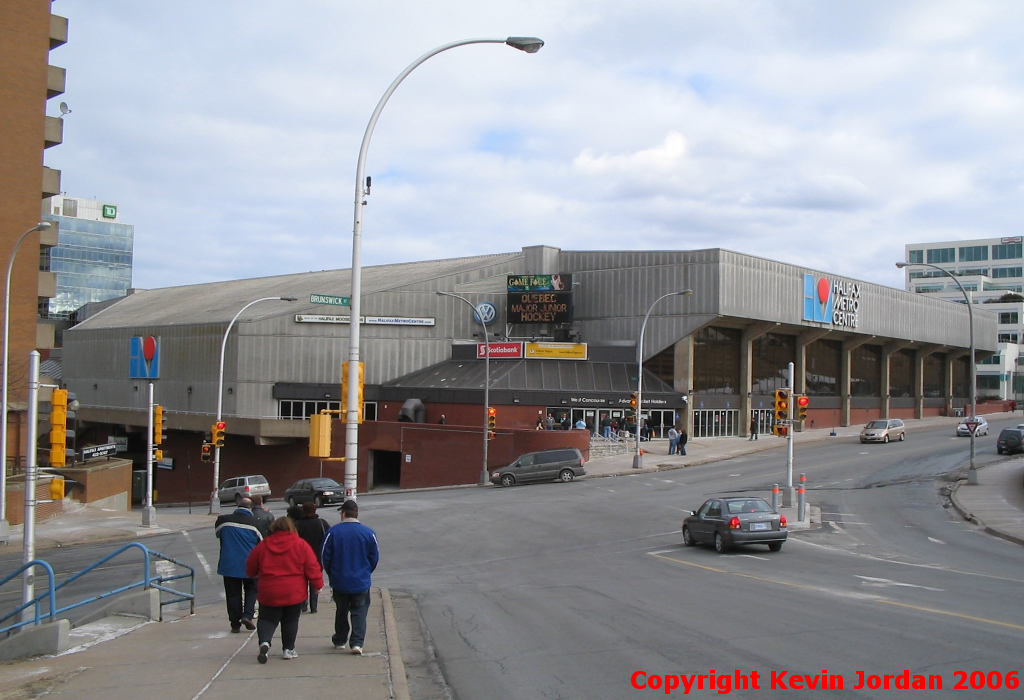 When I was a kid and first becoming aware that the CHL was an extensive league and that I didn't get to see all of the teams come to London every single year, one thing above all else confused me. There were teams in the West, teams in Ontario, teams in the United States, and teams in Quebec, but no teams on the East Coast. At that time I hadn't ever set foot in the Maritimes, and had no real capability for understanding why there was no junior hockey there. It was a moment of idle curiosity, and it passed.

Of course, I was not the only person ever to make that observation, and while at that point in the late 1980's the AHL was firmly entrenched in Atlantic Canada, as I grew older, suddenly one year in the tiny box score at the back of the sports pages where the QMJHL standings were listed, was a new entry: HALIFAX. Of course there was. The Q's expansion to the East Coast started in the biggest city in Atlantic Canada, the cultural and financial capital, and to this day the Mooseheads are a powerhouse in the QMJHL not just because of their status as the first Q team in the Maritimes, but also because they represent almighty Halifax, Nova Scotia.

What was once known as the Halifax Metro Centre is set adjacent to a shopping centre on the side of a steep hill in downtown Halifax. Downtown Halifax is about as steeply inclined of a downtown area as exists in Canada anyway, but the Metro Centre was conceived on a city block right in the heart of the city, in the shadow of the Halifax Citadel. As a result of being built into the side of a hill, the building does not appear that tall from the high side; in fact it blends as seamlessly into the neighbourhood as any 10,000-seat arena can. The architecture fits Halifax as well, given that so much of the city's downtown was built in the 1960's and 1970's. Brown brick and concrete highrises abound everywhere. The main entrance to the building is down the hill near the bottom side of the arena, and you enter it from the side.

The main lobby of the Metro Centre is a smallish affair; a long corridor without a lot of height to it. The team shop is down here as well as ticket booths. Once you have your ticket it's time to tackle a flight of stairs, which leads you up not into the main concourse, but to another level where history is on display. I'm not sure what the point of the second level is except to provide extra washrooms. Another climb upstairs and you're finally into the main concourse. The concourse on the "low" side of the arena is wide and impressive. Souvenir stands and concessions line the hallways, and there is also a lounge area in an atrium-like setting featuring more pictures of Halifax sporting history and such. It appears that the building was constructed alongside a heritage building, as the lounge's wall is an old-looking facade to a brick building. The concourse extends around the building; in the ends it overlooks the seating bowl whereas on the "high" side of the arena it's glassed in and affords a good view of Brunswick Street and view up the hill to the Citadel.

The first view of Halifax's seating area is very impressive. A wide ring of orange seats surrounds the ice surface, while two other decks of seating extend back along each side into the heavens. Private suites line the arena on three sides, with the press box high in the rafters above suite level on one side. The view from any lower-bowl seat is terrific, and it really "feels" like you're at a professional game sitting in those seats. However, seating in Halifax is like the little girl with the curl in her hair - when it's good, it's very, very good, and when it's bad, it's horrid. Every single seat in the upper deck has at least a partially obstructed view. The arena wasn't designed with private suites, and I am sure that back in 1978 the upper deck seats were fine, but since they've added the suites, the underside of the suite level completely cuts off the upper deck from the game. It's not easy to watch hockey from forty-two rows back anyway, but when you're in the last row at the Metro Centre you can't see the scoreboard or the other side of the seating area; you can only see the ice, and even then, just barely (see picture below). The front few rows of the upper deck are still decent enough, but near the back you may as well stay home. At least there aren't any columns in the way.

The seats themselves are originals from the seventies; they're reasonably comfortable but also are obviously aging. Much of the building feels that way, in fact - those things which have been renovated sparkle, but other areas feel like they need at least a coat of paint. The glass surrounding the ice surface was also incredibly low, and pucks went out of play more easily in Halifax than in most arenas. It seems to be a colossal oversight from such an otherwise professional building. (I am told the old short glass was replaced shortly after my visit).

Once the game starts Halifax shows some real quality. The team scoreboard is among the best I've ever encountered in junior hockey and is better than some NHL boards. It features full video screens, a new board for timing and such, and a ring of red and green Christmas lights that go off when the team scores. The Halifax goal horn is a classic one similar to the NHL horn in Buffalo. The sound system is top-notch. There are a few too many promotions for my taste, but at least they tend not to interrupt the game much. Washrooms are clean.

The Mooseheads run a tight, professional ship. The Metro Centre is the biggest arena in Atlantic Canada, and in some ways it feels completely like a new building while in others it feels like the late 70's construction that it is. I would imagine that the team and city would like to repaint the building and replace all the seats at some point in the future, as those two things are the last two that really remind you of the Metro Centre's true age. Nonetheless, watching a game in Halifax is great fun and the views of the game are some of the best in junior hockey - if you're in the lower bowl. If you're in the upper bowl, you can still try to enjoy yourself, in spite of the suites that block out all connection to the game. It seems to me that it would have made more sense to knock out a few of the seats in the back of the upper bowl and build the suite level right at the back of the building - better 9,000 good seats than 6,000 good ones and 4,000 horrible ones - but no matter. The Metro Centre is still one of Canada's finest junior hockey buildings, and the Mooseheads and the QMJHL are pretty much fully integrated into the fabric of Atlantic Canada's largest city, and so it seems that junior hockey will have a place at the foot of Citadel Hill for decades to come. The wonder is that it took as long as it did. 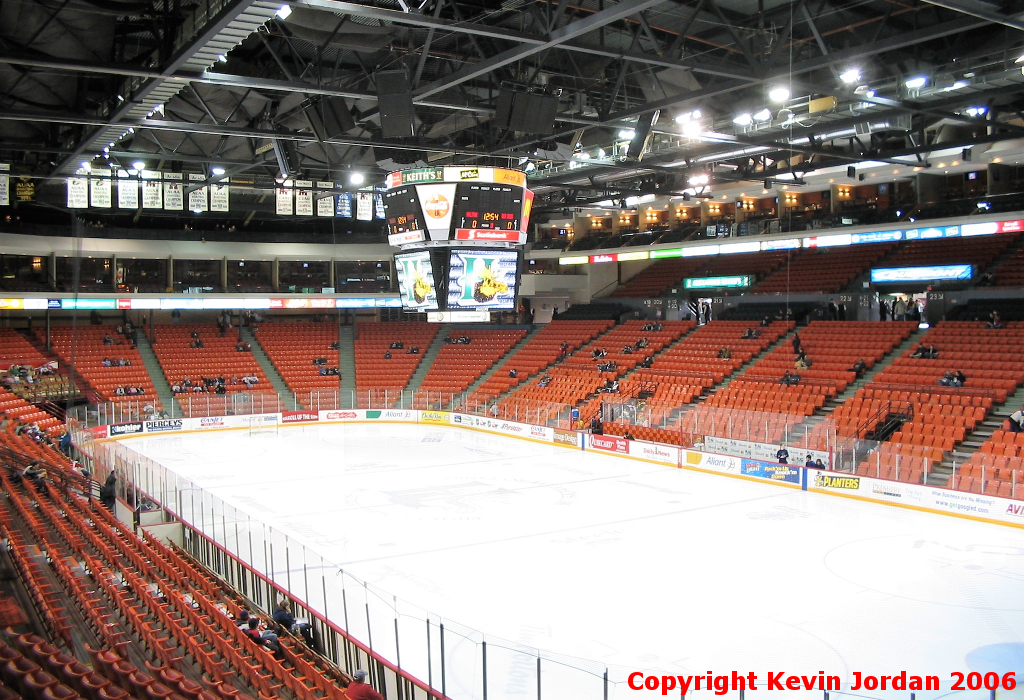 Future Developments
There are no plans to renovate or replace Scotiabank Centre.


Franchise History
The QMJHL took a huge risk in the mid-1990's in expanding into the Maritimes. Prior to 1994, the Q had been a Quebec-only junior league, and the Maritimes had been AHL territory, with teams in Halifax, Saint John, Fredericton, Sydney, and other centres. However, the Metro Centre was going to be sitting empty for 1994-95 and the Q took a risk in expanding, and the league has never looked back. The Mooseheads joined as an expansion team and were the catalyst that sparked the Q into its growth into a premier junior league representing provinces across the country. The Metro Centre has been the team's home since the beginning, but they have played occasional playoff games at Halifax Forum when the Metro Centre has been unavailable. 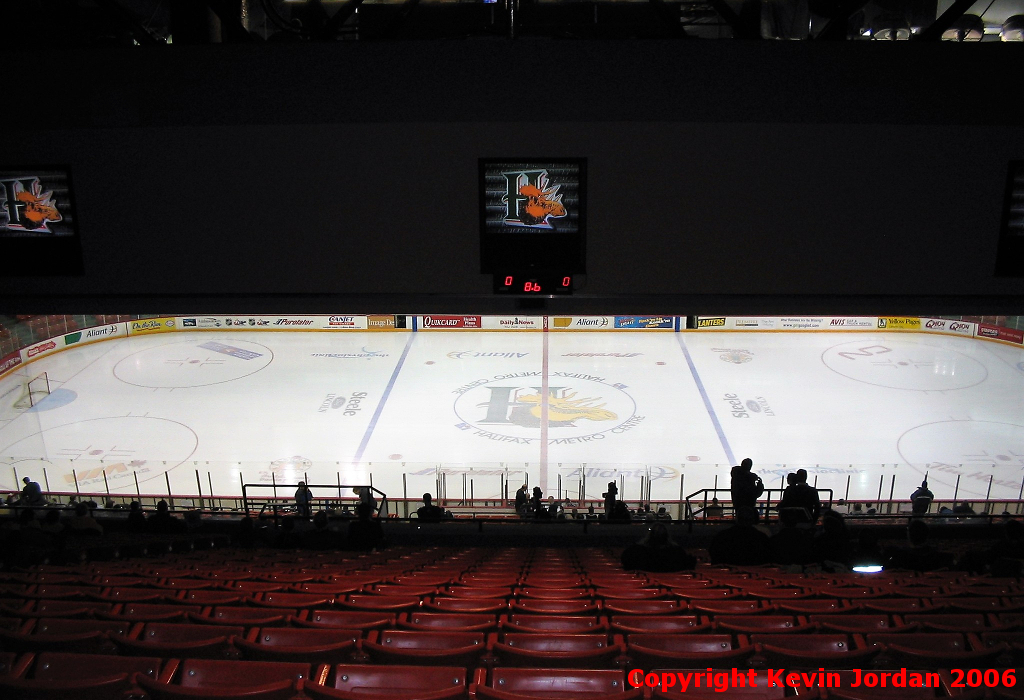