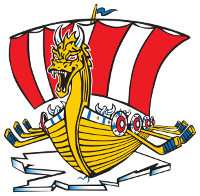 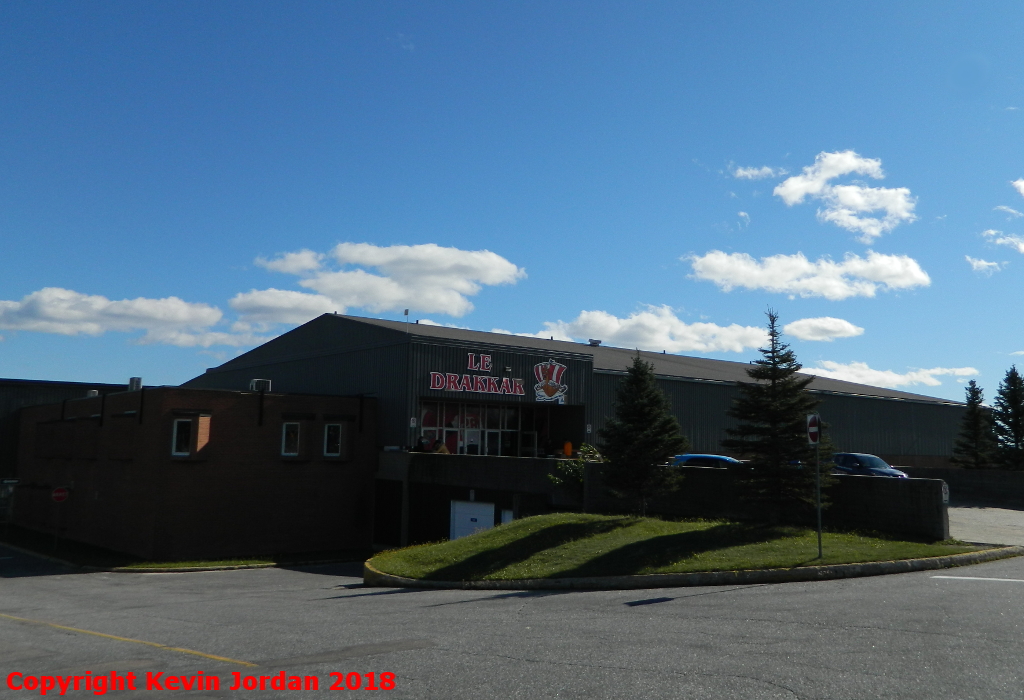 Downriver from Quebec City, the north and south shores of the St Lawrence River become more and more independent and separate. The separation starts with the fact that the river dramatically widens at Quebec City to become more of an inland sea than a river, and therefore the Quebec Bridge just downriver from Quebec City is the final bridge crossing it. While there are numerous ferries running during all but the dead of winter, simply hopping over the river for dinner is not an option. The fertile farmland and rolling hills of the south shore always ensured that the south would be the more heavily populated of the two, whereas to the north, once past the ski resort and cathedral town of Ste-Anne-de-Beaupré, the hills become mountains, the land becomes rugged and infertile, and the population centres dwindle to small frontier towns eked out of the rock.

Five hours upriver of Quebec City, one finally reaches the largest settlement on the north shore - the twin cities of Baie-Comeau and Hauterive, with a combined population under 25,000. Baie-Comeau is a pulp and paper town and the gateway to the far north; the place where Route 138 continues up the north shore to Sept-Îles, or you can turn left and proceed north through a thousand kilometres of nearly empty subarctic wilderness through the Manicouagan impact crater, the many dams Hydro-Quebec has built supplying power to the province, and eventually, to the mines of central Labrador.

Baie-Comeau is one of the three most isolated teams in the CHL (along with Prince George and Cape Breton), and it certainly feels like it. There is also no bridge over the Saguenay River estuary three hours up the St Lawrence from Quebec, so unless you are coming from Chicoutimi, the only way to Baie-Comeau by car involves a ferry. Moreover, the north shore feels completely empty and unpopulated, with very few settlements of any size en route. When you finally reach the town, after what feels like an eternity of driving, it really creates a feeling of sympathy for the players and team staff who have to travel a minimum of three and a half hours for a road game.

The Centre Henry-Leonard is located in a residential neighbourhood not far from the commercial area of town, though for such a small town, nearly everything is close enough to be a reasonable distance. It is an orangey-brown brick building with a massive brown steel roof, free of architectural ornamentation and looking every bit the early 1970's building that it is. A massive sign over the front entrance reading LE DRAKKAR with the team logo adds a great deal to the building's presentation, though the sign is apparently original to the team's founding in 1997 and is made of painted wood; as a result it is starting to look tired and like it could stand to be replaced.

Once inside the main lobby, there are photographs of the Drakkar team by the ticket booths, but interestingly, the spectator arena is not the first one you come to. The Drakkar's home is in the rear of the building, with a secondary ice pad on the side facing the road which you have to walk past in order to get to where the team plays. Windows overlook the secondary pad from both the lobby and the main arena concourse and contribute to the feeling that the Centre Henry-Leonard is built to serve its community first and foremost. Adding to this feeling is the fact that there's also a gymasium attached to the rink too, on the lower level. At the rear of the lobby is a large open area with a bar, restaurant, and team store, as well as doorways to two concourses. It is not possible to walk 360 degrees around the Centre Henry-Leonard, so seats in the end and far side have a separate concourse from seats on the near side.

The near side is the main spectator seating area, with about twenty rows of seating extending from the ice surface right up to the crown of the building's roofline. It is a grandstand-style seating area, flat and parallel to the ice, with a press box at rear. The concourse is underneath the stand, a wide hallway dotted with concessions and painted in glorious ketchup and mustard colours for the Drakkar. If you select the far side, there is a narrow hallway and standing room section behind the rows of seats in the end of the ice, before you turn the corner and access the seats on the far side. As opposed to the near side, there are only about ten rows on the far side and the concourse, behind the seating area, has no concessions or anything else apart from access to the seating. The fourth side of the building is a solid wall directly behind the boards, though there are suites hanging from the wall directly overlooking the top of the glass. The view from there appears to be incredible - I've never in my life seen a suite level so close to the action.

Leg room is more than sufficient in Baie-Comeau and the seats are comfortable. There is a centre video board used to good effect, and the bare metal walls and low ceiling means that crowd noise reflects and amplifies. The atmosphere is terrific, although the music is played a little loud for my taste. In addition to the seats that exist throughout the building, the Drakkar have done something I've never seen before - they obtained four seats from the Montreal Forum and have installed them on the far side. It is possible to specifically book them for a game and to still sit in Forum seats watching hockey, more than twenty years after the Forum closed. I couldn't have been happier to see them there.

For those wondering, a Drakkar is a ceremonial Viking longship of the type seen in Hagar the Horrible cartoons, usually with a ceremonial dragon carving or something else fierce as the masthead. While no Vikings in historical record made it as far west as Baie-Comeau, they certainly visited the Gulf of St Lawrence, and I personally am a big fan of the team's unique identity. Even the team's mascot is a Viking called Snorri, named after the first European child known to have been born in North America to Viking parents in the tenth century.

When I started the QMJHL Arena Guide in 2007, I never honestly imagined that I would ever get to a game in Baie-Comeau. The town is simply too far away from where I live, too isolated, too few other reasons to visit apart from junior hockey. But now, having done so, I'm so pleased to have been. The Centre Henry-Leonard is charming and intimate, the atmosphere loud, and the people incredibly friendly and welcoming of outsiders. 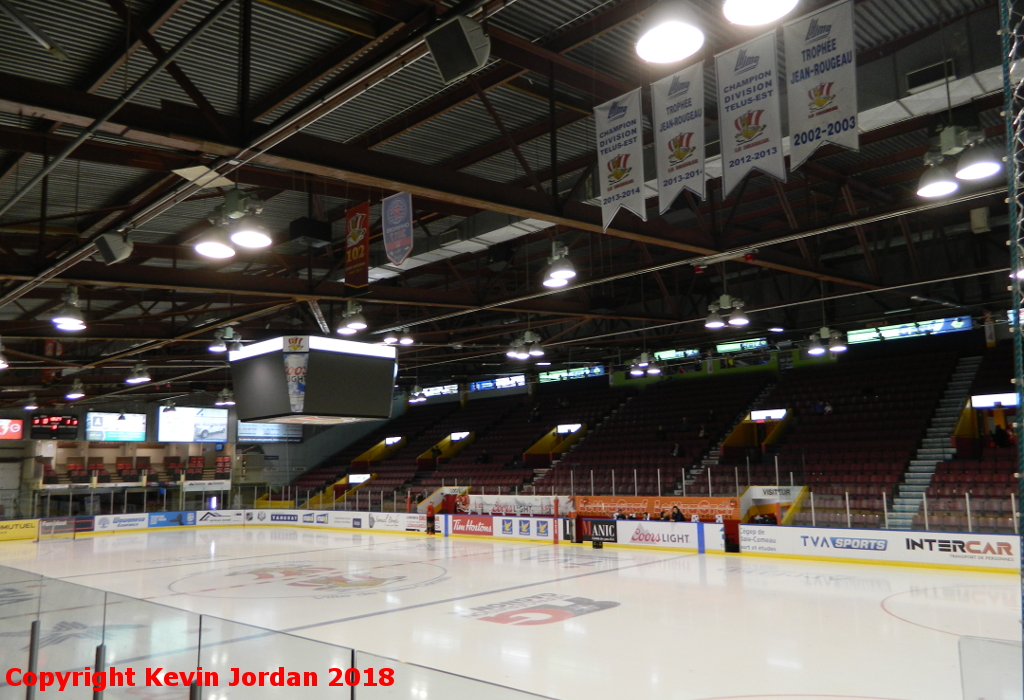 Future Developments
There are no plans to renovate or replace the Centre Henry-Leonard.


Franchise History
The Drakkar franchise was granted as an expansion team in 1997-98. 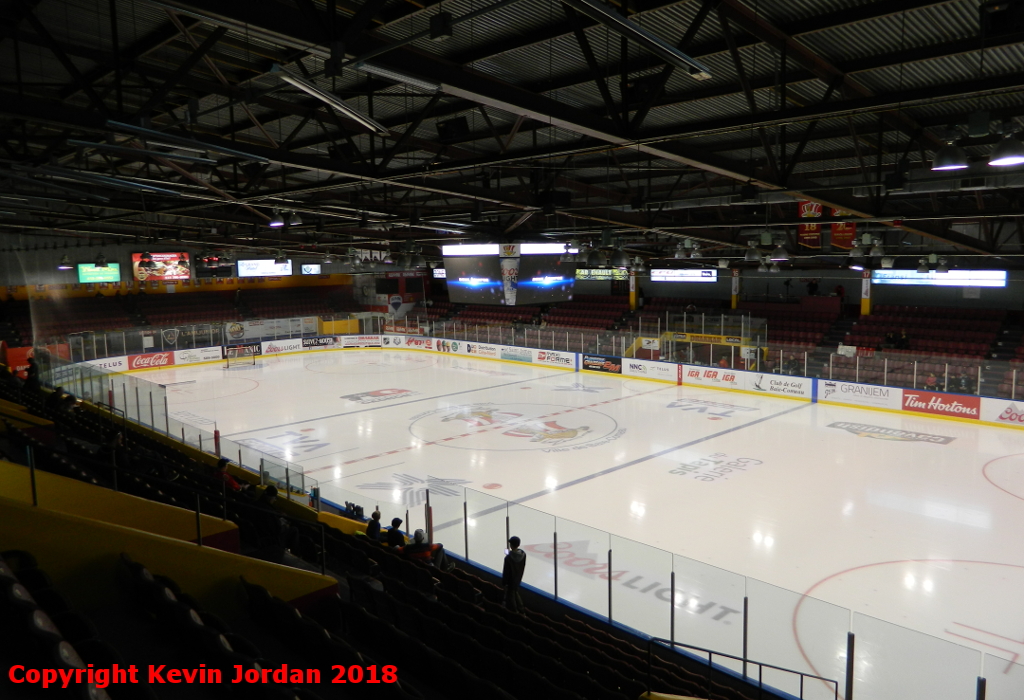