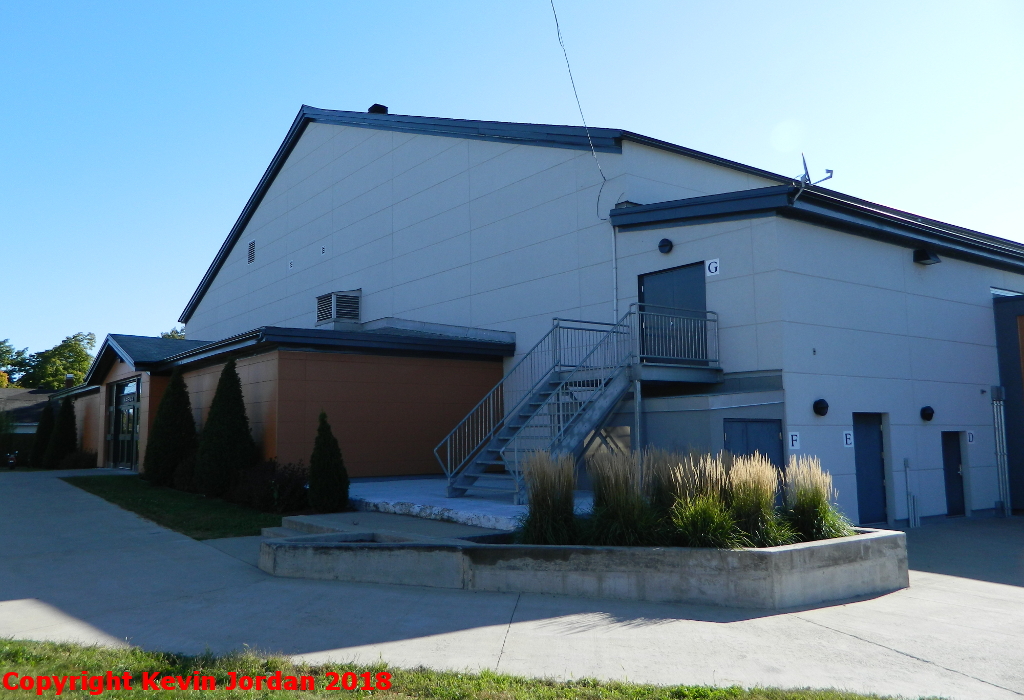 Grand-Mère is a town of 13,000 a few miles east of Shawinigan, formerly independent, but now part of the larger amalgamated municipality. It's known, if anything, for being the site of a hotel and golf course which created a scandal for Shawinigan's native son Prime Minister, Jean Chrétien, in the 1990's, and also for being a town literally called "Grandma". Grand-Mère's history with the QMJHL is limited. The local arena opened in 1950 during the postwar building boom, and was only drafted into service by the Cataractes because of a strike in 1992 that meant they briefly couldn't play at the Jacques Plante Arena.

But, I am nothing if not a completist, and so I went over the river and through the woods to Grandmother's Arena in 2018 to have a look. The building was extensively renovated at some point in the last decade, though it was impossible to date the renovation given there were no historical plaques or anything other clues. The arena is old but feels revitalized. It sits on a city block across the street from Grand-Mère high school, attached to a curling arena, and has the classic barrel-roof look of a postwar arena. The formerly stucco exterior has been re-clad, and a new main entrance has been built off the parking lot, giving access to both the arena and the curling pads.

Once in the arena proper, you find five rows of navy blue seats surrounding the ice surface. In one end, in traditional old-school Quebec fashion, the seats extend far higher. Benches go back another dozen rows or so. As renovated buildings go, the Arena de Grand-Mère is in excellent shape. The roof trusses are white, as is the ceiling, which is still wooden but has been whitewashed. The concourse at the rear of the seating area is surprisingly wide for an older building, and would easily be able to handle the crowds.

Arena de Grand-Mère is not large enough to ever host the Q on a permanent basis, but it's a gorgeous old building that's been lovingly maintained, and it's good to see that it will be kept in service long into the foreseeable future. 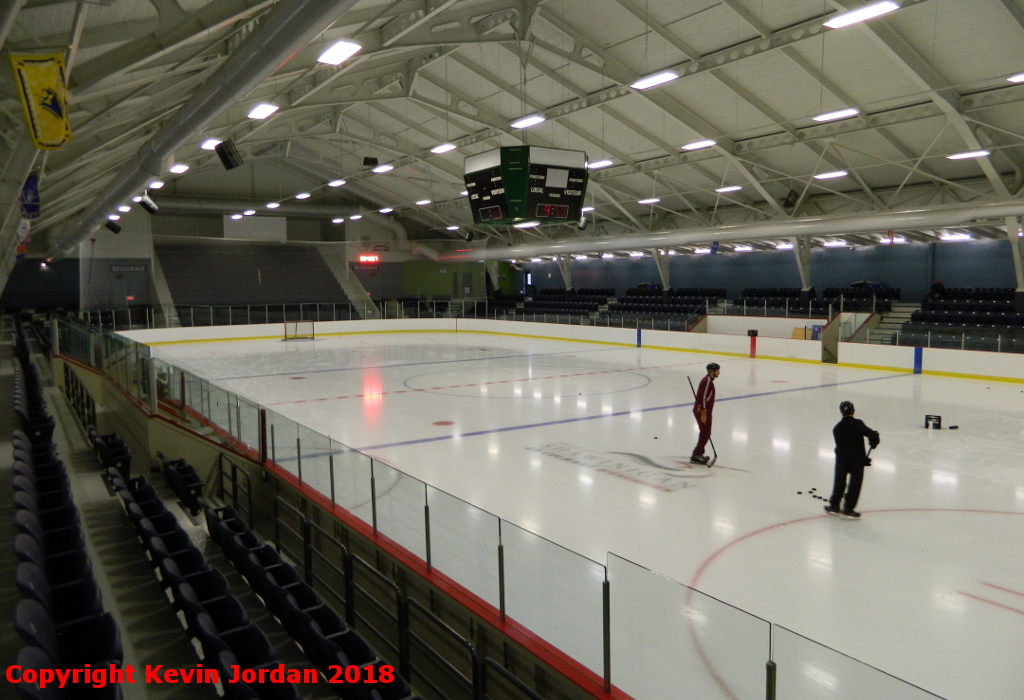 What's the Arena Used for Today?
Another footnote in the QMJHL's long history, the Aréna de Grand-Mère was brought into service in the 1992 playoffs by a municipal strike that closed the Arena Jacques-Plante. The Cataractes played a handful of games in total out of the tiny rink, beating Chicoutimi and then losing to Verdun. The arena is still open today to minor hockey and has no major tenants at present.

Return to Centre Gervais Auto
Return to the Main Menu