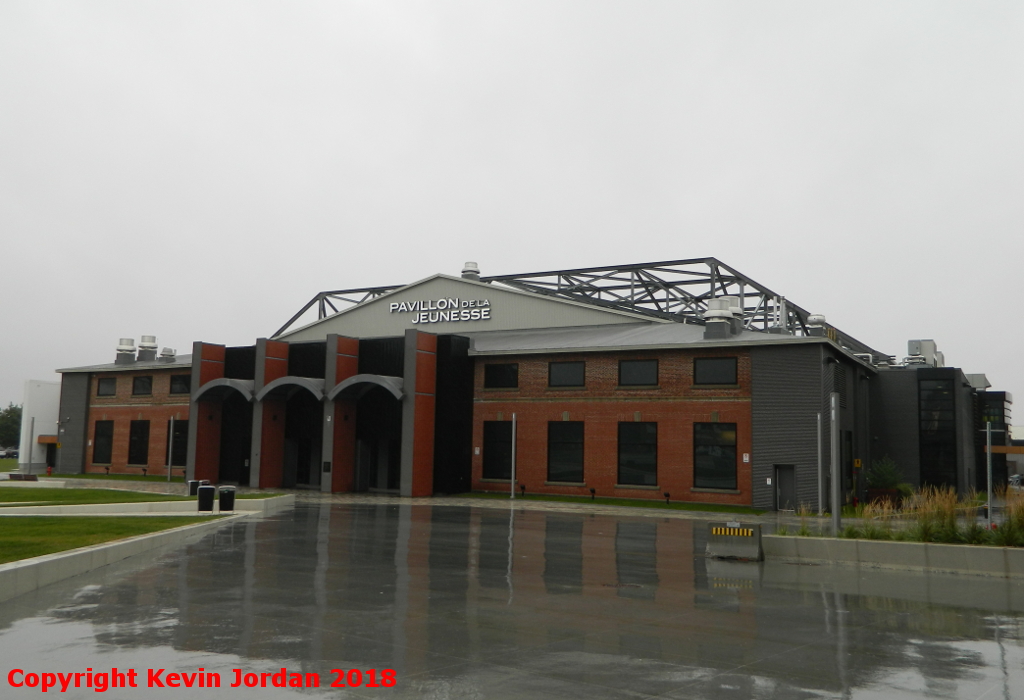 In February of 2007, my lady friend and I had tickets to see the Remparts play the Olympiques at the Colisée in Quebec. We pulled into the Expo-Cité grounds in our car, and were directed by the attendant to park in front of a large red brick building a short distance from the rink. It being February and Quebec City, we didn't linger, but instead rushed across the windswept parking lot towards the beckoning warmth of the Colisée.

Some months later, I found out that the red brick building we parked outside was the Pavillon de la Jeunesse, and unbeknownst to me at the time, it was a former QMJHL building.

Quebec City being as far from my home as it is, I didn't get back to the Expo-Cité grounds for eleven and a half years, but in the fall of 2018, I stopped in to check out the Pavillon de la Jeunesse. It is located directly adjacent to the new Videotron Centre on the Expo-Cité grounds, and in fact it is possible to take one photo that has three current and former homes of the Remparts in one frame (including the Colisée). The Pavillon is a small red brick building with a new illuminated sign in the gable. The roof has also been cantilevered, and a large steel superstructure towers over the building holding it up (and presumably allowing the elimination of support columns on the building's interior).

We tried nine or ten different doors before finding one that was open. The Pavillon's extensive renovations continue inside, with wide, modern concourses. It is only once out in the seating bowl that any signs of the building's true age appear. There are a few support columns still existing in one end, and the seats, all modern grey ones, rise gradually away from the ice surface. The strangest thing about the Pavillon is something I've never seen before - the building, at least in 2018, had Olympic sized-ice, but the hockey markings were painted for a 200 X 85 surface, and in fact the boards were configured in an NHL regulation shape. The extra ice just... sat there. It would be easily accessible for anyone willing to hop a railing, and the front row of seats on one entire side of the ice is an extra fifteen feet from the boards because of it.

As is documented on this very website, the Colisée de Quebec is the spiritual home of the Remparts, and was their home for most of their history. But the reborn Remparts, in the mid-1990's, elected to play at the weirdly laid out PEPS on the Université Laval campus, instead of going to a 5,000 seat arena right near downtown that appears to be perfectly laid out for junior hockey. Yes, the Remparts now draw well enough to play at an NHL-sized arena, but it still makes little sense to me that the Pavillon de la Jeunesse has been so little used by the QMJHL throughout its history. 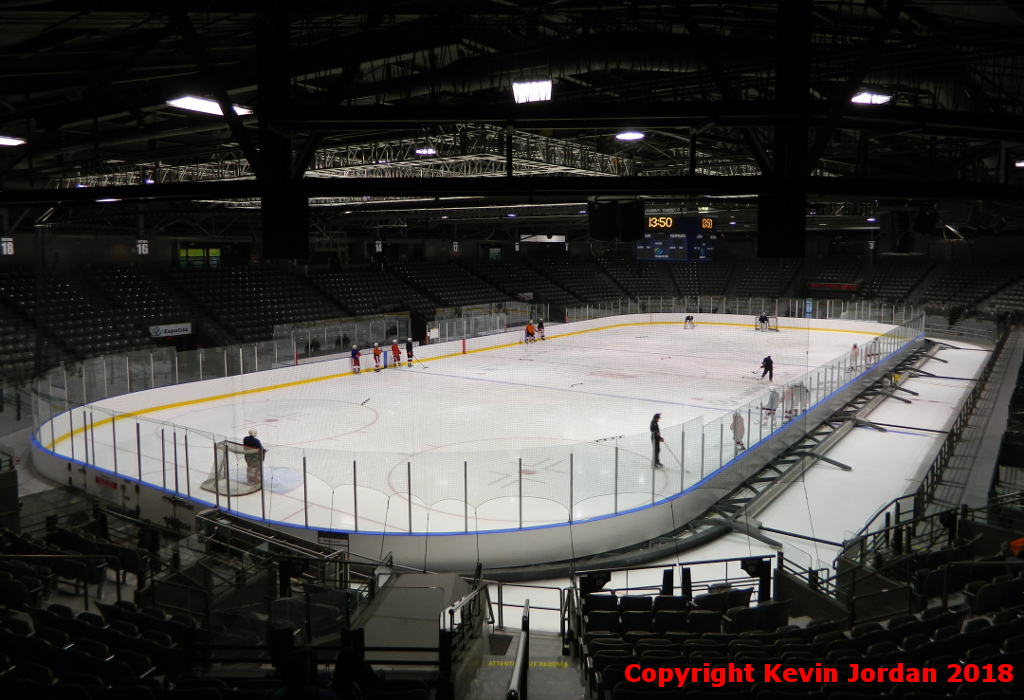 What's the Arena Used for Today?
The Pavillon de la Jeunesse is Quebec City's historic "second arena"; the one that you played when you weren't a big enough draw to sell out the Colisée next door. In the mid-1980's, when the NHL had arrived in the capital region and the original Remparts were drawing something less than flies, they chose to play several of their home games during mid-week and such at the 5,000-seat Pavillon instead of the 15,000-seat Colisée. In the end it didn't particularly help, as the original Remparts folded in 1985. The current incarnation of the Remparts have played pre-season games at the Pavillon, but to my knowledge they have never played a regular season game there.

The Pavillon today is home to the Quebec Radio X of the ubiquitous LNAH, as well as the ABA's Quebec Kebekwa.