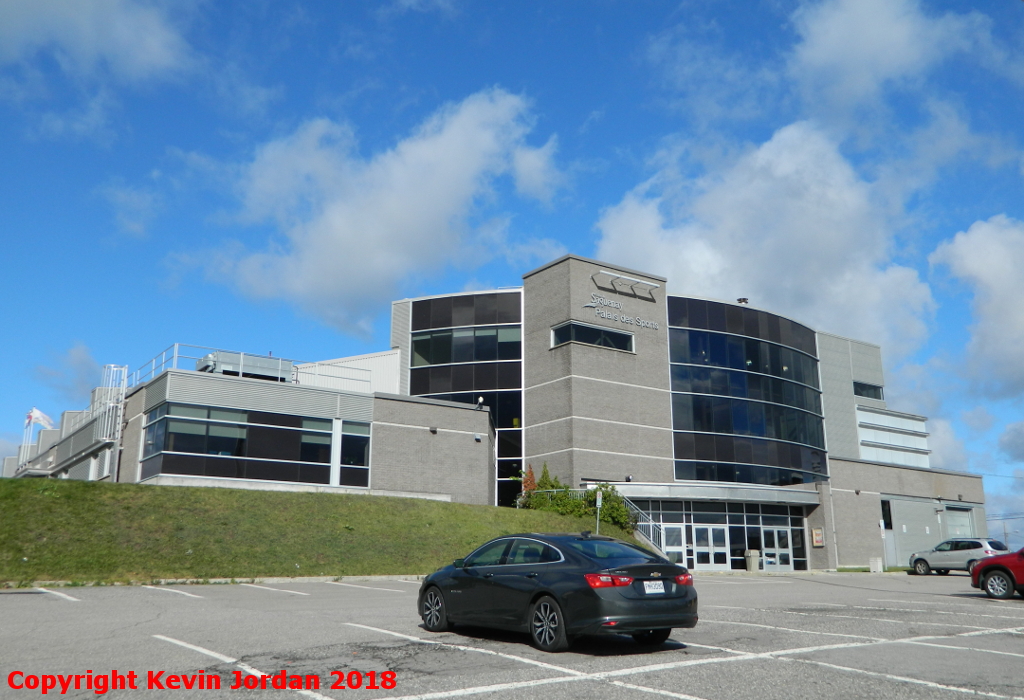 On February 25, 1997, to celebrate the sesquicentennial of the town of Jonquière, the Saguenéens played a regular season game against Granby at the Palais des Sports de Saguenay. The Sags represent not just Chicoutimi, but all of the Saguenay-Lac-St-Jean region, and playing the game in Jonquière was part of that. It ended in a 7-4 Sags victory.

Twenty-one years later, the Sags were back at the Palais des Sports, and this time, it wasn't in celebration, it was because of the building inspector. The aging Centre Georges-Vézina has been having roof problems for a couple of years, and fears of imminent roof collapse evicted the Sags for a span of six home games. Emergency roof repairs were made to the CGV, but it is possible that the Palais des Sports will be called into service again until the CGV's replacement is completed.

I made the trip the following autumn to see the Palais des Sports. It was extensively renovated in the mid 2000's, which included building a new lobby and front entrance to the building, with tasteful grey brick and smoked glass. It sits in the heart of Jonquière, surrounded by housing and with a baseball diamond across the street, about ten kilometres west of Chicoutimi. The renovated entranceway includes a shrine to native son Pierre Pilote, and once into the arena bowl, you find yourself in an arena that feels far newer than its 70 years. It has the high, barrel-arched roof typical of its era, but all support columns that previously sat in the seating area have been removed. The seats are standard-issue maroon plastic and reasonably comfortable, and the design is similar to any other building of its era, with a top concourse behind the seating area and another underneath.

Short-term emergency buildings in the CHL tend to fall into two categories - the "I can't believe they've done this" category, and the "this could easily host more games any time it's needed" category. The Palais des Sports in Jonquière falls easily into the latter. While the arena is smaller, less accessible and less spectacular than its cousin in Chicoutimi, one feels that, if the Centre Georges-Vézina's roof problems were ever to necessitate its permanent closure, the Palais des Sports could easily serve as a short-term home to the Saguenéens for as long as necessary. 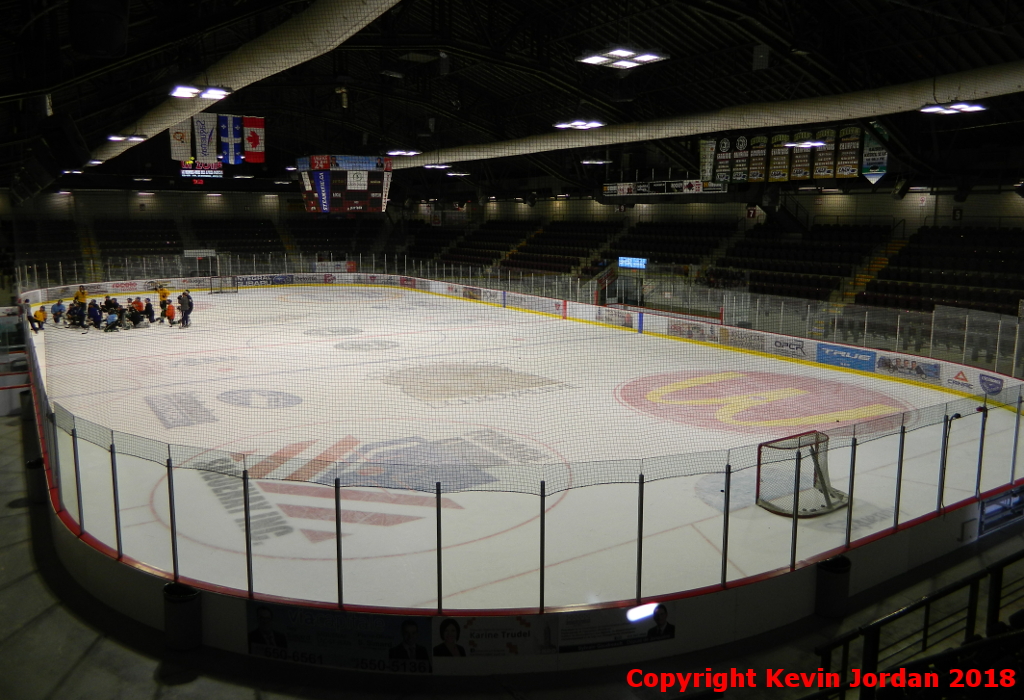 What's the Arena Used For Today?
Jonquière has a team in the ubiquitous LNAH called the Marquis de Saguenay who play at the Palais des Sports. The name basically means "Count Saguenay".

Return to Centre Georges-Vézina
Return to the Main Menu