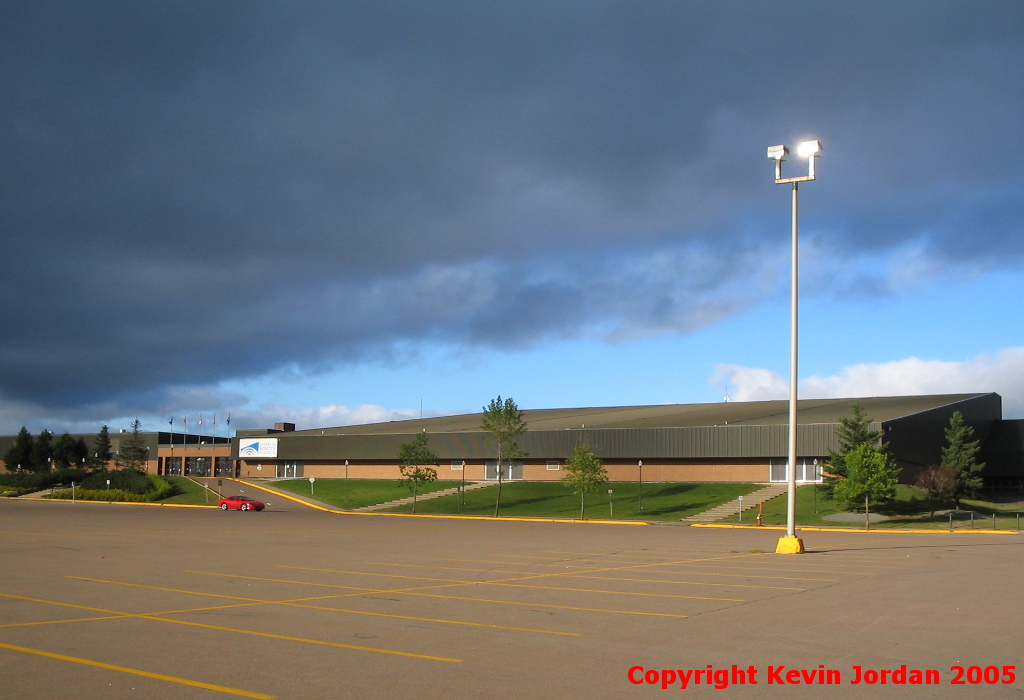 I had tickets to a game at the Moncton Coliseum in March of 2006. I was flying down to the mainland for the weekend for my first ever QMJHL road trip, and I was planning to see the Wildcats because I missed them coming to Newfoundland, PEI because I had never been to PEI at the time, and Halifax because they were closest to the airport and the only Sunday game that worked with my schedule. I'd see three games in three days and then back to the Rock. A couple days before my flight left, I checked the QMJHL schedule again and somehow the game in Moncton had been moved to Bathurst. What? A little checking around determined for me that an RV show had booked into the Coliseum and somehow that took priority over a previously-scheduled hockey game in Hub City, so I rapidly re-arranged my travel plans and wound up unexpectedly in Bathurst two nights later, watching one of the best junior hockey games I have ever seen - a raucous, seesaw battle that the Titan pulled out by a 6-5 score with a Jordan Clendenning goal two minutes from the end of regulation being the difference.

It took eleven years, my brother moving to New Brunswick, and the pending closure of the Coliseum in anticipation of the city's new downtown arena opening for the 2018-19 season, but I did, finally, get back to see a Wildcats game at the Coliseum. I'm very glad I did, too. While no one would compare the Coliseum to the multitude of sparkling new palaces throughout junior hockey, or the ancient temples like Windsor Arena or the Jacques Plante Arena in Shawinigan, the Coliseum is a truly unique building that exemplifies its era - the early 1970's - as well as any I've been to.

The Coliseum sits on empty industrial land on the outskirts of town, near the highway. It's surrounded by parking lots, and on game day, shockingly, parking is free! The building is a low-slung brown brick building with an enormous sloping brown metal roof that is the rink's defining architectural feature. On the gameday I visited, the roof was covered in hundreds of seagulls. The arena is also built mostly underground, so from the outside, the Coliseum could be any community rink in Canada. It's only once inside that the building opens up.

Once inside the main door, the arena sits to the right of the lobby, while the Moncton Agrena, the largest trade show facility in Atlantic Canada, is on the left. The arena door opens to a top concourse ringing blue seats that surround the ice surface. On one side of the building, a second deck ascends to the heavens. The team doesn't sell seats in the first few rows of the upper level, which is great given that the views from them would be blocked all game long by people walking by. The concourse is small and cramped on three sides, but opens on the fourth side, with a huge hallway spanned by concessions and marked by purple and blue neon. It's a little odd that all the concessions and restrooms are located on one side of the ice, but it works somehow, and the only concession that I saw lined up was the full-service Tim Hortons location inside the rink. There's also a tiny team store tucked into one corner of the building.

The seats in the lower ring are all relatively new plastic, while the ones in the upper level are still original wood. And as a tall person, let me say that the older ones are far superior. They were designed with the Coliseum's legroom allotment in mind, so that the upper level seats, mounted closer to the wall than the lower level ones, have a good three inches more leg room. It's a good example of "if it ain't broke, don't fix it!" Another thing I'm glad wasn't "fixed" over the years is a massive hand-operated scoreboard in one end showing the current QMJHL standings and Wildcats scoring leaders - I don't envy the person having to climb a ladder daily to update it, but it's an absolutely fabulous addition to the building. History is well on display too, with past team photos, a large history and trophy case near the team store, and all of the city's banners from its AHL days still hanging in the rafters.

Game presentation is pretty unremarkable. It's not too loud or too quiet, the sound system is fine, and so is the announcer. Moncton is Canada's largest fluently bilingual city after Montreal, and the English and French announcements and crowd chatter fit, somehow. Bathurst is very French but with English accepted, Saint John is the opposite. But Moncton is functionally and uncomplainingly bilingual, and it makes for an interesting and warm atmosphere, even though the crowd noise levels at the Coliseum aren't spectacular.

The Coliseum is as much a building of its era as any other in any league. It hasn't been maintained particularly well. It apparently gets very hot and humid on warm days, and cold on cold ones. The building is very poorly lit, reminding me of the old London Gardens. Those two are the only ones I've ever been in with visible shadows on the ice surface. The architecture is undistinguished, the crowd bottlenecks easily in many places, the wall of seats makes it difficult to stage concerts in spite of the reasonably high capacity. It screams 1970's in every way. And yet, I loved the Coliseum completely and unconditionally. Someday, another forty years down the road, we'll look back on the architecture of the 1970's the way we look back on the 1930's today, and the buildings like the Coliseum, when they're saved, will be venerated for their quirks. So many new buildings are soulless and unimaginative, and the Coliseum isn't. It's as 70's as shag carpet and crippling stagflation, and I'm so glad I got to see it before it's gone. 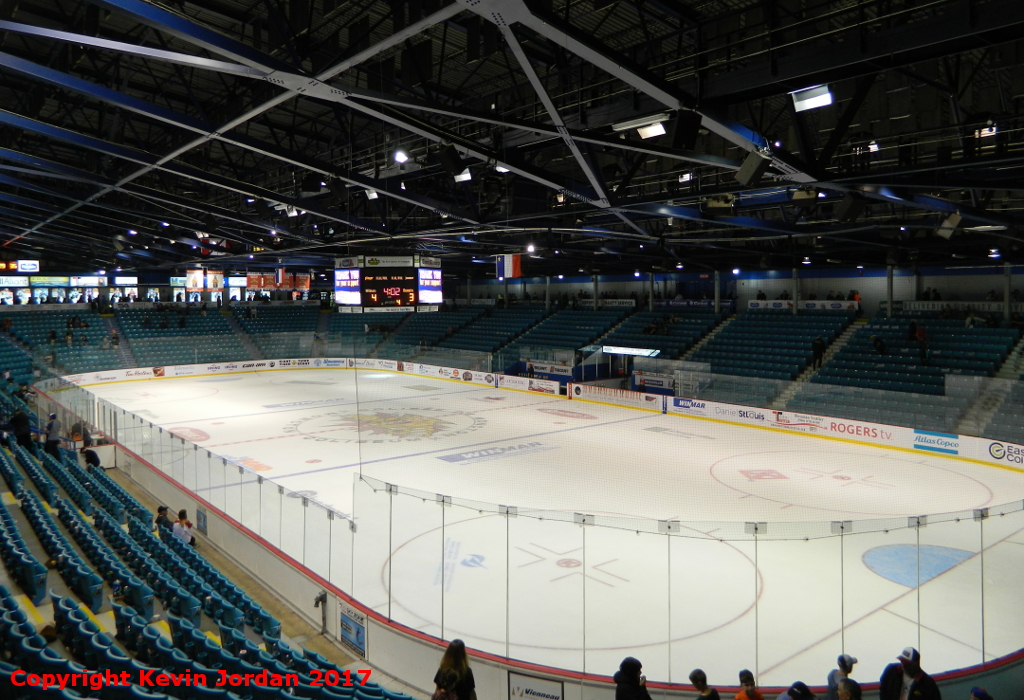 What's the Arena Used for Today?
The Moncton Coliseum complex includes a trade show facility in the same building, and with the arena now closed, the city of Moncton is spending money to renovate the space to expand the convention centre. The city is projecting that the Coliseum has at least 25 more years of life left in it, but it remains to be seen whether the arena bowl will be preserved or if the it will be demolished to facilitate more efficient use of the trade show space.

Or, to rephrase, the RV's won in the end. 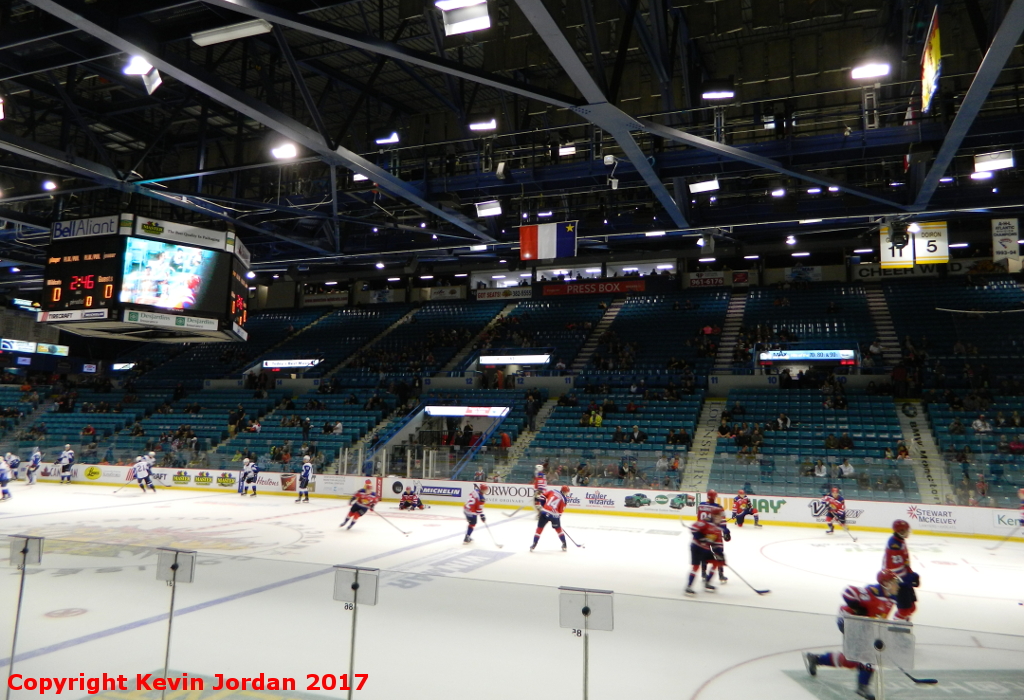