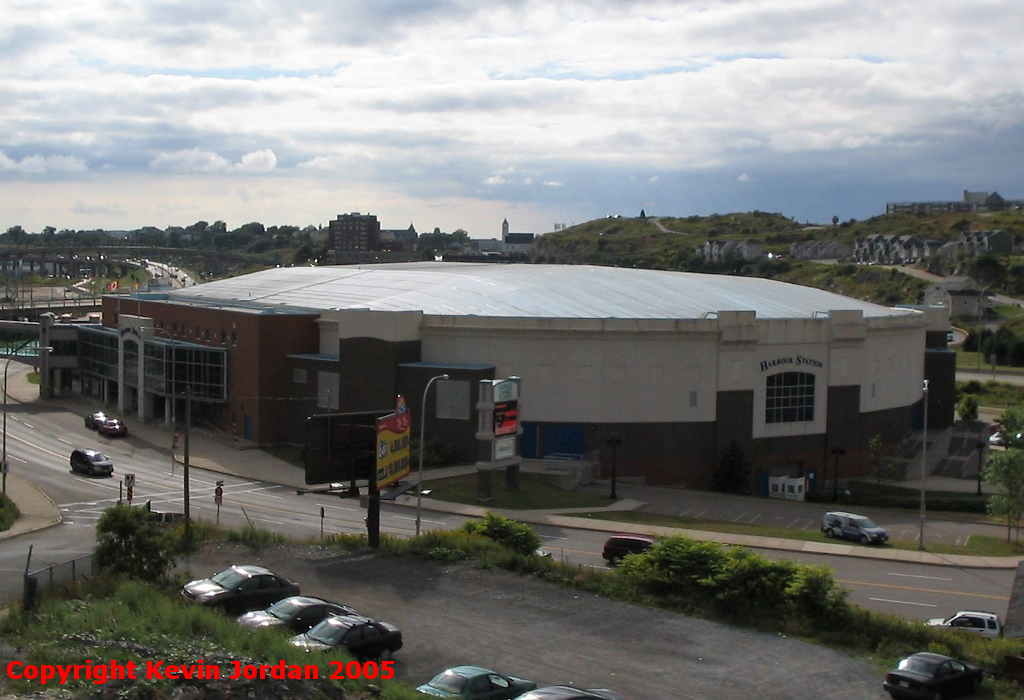 When the AHL began their expansion into the Maritimes, Saint John was left out at first, owing mostly to the fact that the city's primary arena, the beautiful, mid-century modern Lord Beaverbrook Rink, was too small for hockey at a high level. Thus, while the rest of Atlantic Canada enjoyed affiliated hockey at the AAA level, Saint John had to content itself with senior hockey, including the Saint John Vitos, winners of the Allan Cup in 1992. But even then, plans were afoot to bring high-level hockey to Port City along with the rest of the region.

Harbour Station opened in downtown Saint John in 1993, and the city's newly minted AHL team, the Flames, began play in that year. The Flames were the last of the new AHL teams to be set up in Atlantic Canada, however, and an AHL that included representation in every major city on the East Coast never actually happened, because that same year, the Halifax Citadels left, moving to Cornwall, Ontario, of all places. The next year, the Mooseheads began play, kicking off the region's shift to the QMJHL. The Flames were one of the last active AHL teams in the region, but by 2003 they too had left the area, and Saint John once again was at the rear of the pack in joining the QMJHL in the fall of 2005.

The advantage to having been behind the times through this, though, is that Harbour Station is a beautiful, modern building that is one of the showpieces of the league. While the rest of the arenas throughout the Maritimes feel middle-aged, including Centre 200 in Cape Breton which is only six years older, Harbour Station still feels like a new and up-to-date arena. The Q's rinks tend to be smaller and older on average than those in the OHL and WHL, but Harbour Station wouldn't be out of place in either of those leagues, and it still feels modern in spite of it being past its 25th birthday.

Downtown Saint John is built on a hill surrounding the harbour, and the now-renamed TD Station sits in a valley between the highway and a cliffside on the edge of the city's core, giving it a cozy, nestled appearance. The arena is tall and clad in white stucco and brick. From the main entrance, you enter the concourse directly, though downtown Saint John also has an enclosed system of pedestrian walkways that empties directly into the arena lobby, which can be a lifesaver in winter as a warm and dry method of getting to the heart of downtown or to the nearby parking garage.

The arena lobby is small but functional, with ticket windows and a small team store that is open on non-gamedays. The lobby funnels directly into the main seating bowl, which features a wide concourse ringed with concessions and a great view of the ice. Unlike most arenas of its size, Harbour Station has a clearly demarcated upper and lower level. The concourse drains into the lower level from the top, or there are intermittent stairs going up to the upper level. One can walk 360 degrees around the building easily, though the lower bowl lacks seating in one end that is instead given over to an ice-level bar, and the upper level lacks seating in the opposite end, in favour of suites. There's also a suite level at the rear of the upper level on the sides. Amenities are fine, though the arena wifi is slow and bathrooms can line up when the building is full.

In spite of being the youngest Q team in the Maritimes, the Sea Dogs have had a great deal of success on the ice, and reminders of that history are all over the place. Support columns throughout the concourse have pictures of former players on them, while a surprisingly large collection of banners hangs in the rafters, including the championship banner belonging to the Saint John Flames. It's always nice to see a city pay respects to the successes of departed teams, and this generally is done well in the Maritimes.

Game presentation in Saint John is pretty standard, with a reasonably well-used video board at centre ice and a live DJ stationed in the crowd playing the tunes throughout. One suspects that you could make requests, as the DJ is camped behind one of the nets throughout the game, though I didn't pay enough attention to notice if this was actually possible. Surprisingly, in spite of the DJ, music volume isn't too loud. Arena announcements are done both in English and French, saluting New Brunswick's status as the only official bilingual province, though Saint John itself is an overwhelmingly English city and I didn't hear a word of French spoken in the crowd apart from a couple of dudes in Wildcats sweaters cheering on the visitors.

The six QMJHL teams in the Maritimes Division make up their own little world, part of, but also separate from, the Quebec heartland of the league. Of the six, the Sea Dogs are the most successful, and also play at one of the best buildings. Harbour Station isn't too different from any junior-sized building constructed in the past twenty-five years, but it is a clean, spacious and well thought-out arena that remains one of the jewels in the QMJHL's crown. 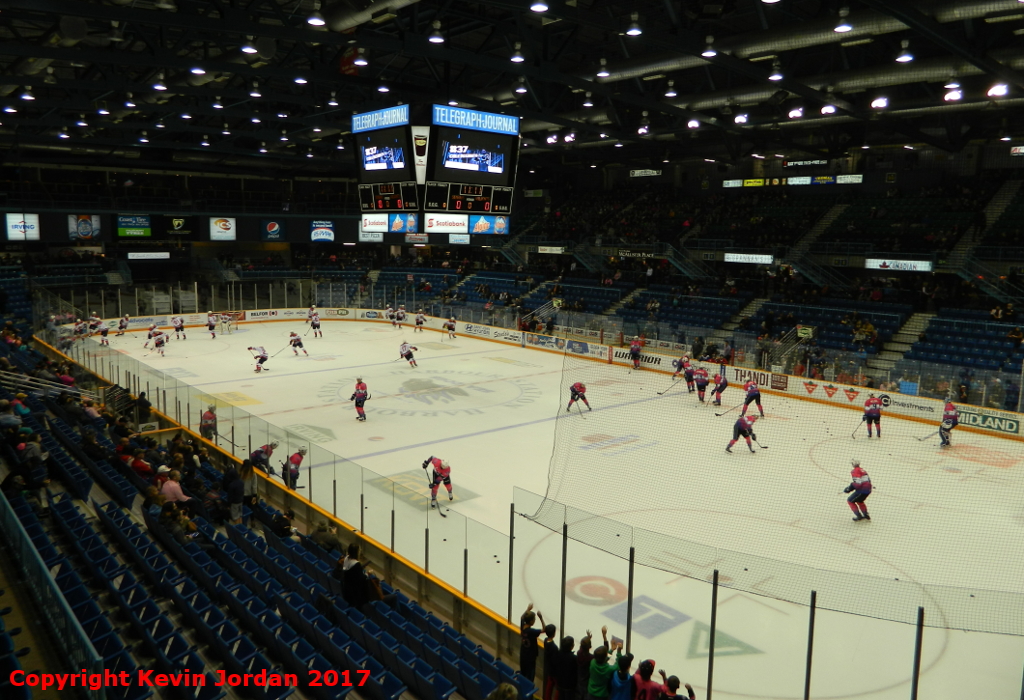 Future Developments
There are no plans to renovate or replace TD Station.


Franchise History
The Saint John Sea Dogs were granted as an expansion franchise in 2005-06 to replace the city's old AHL team, the Flames.