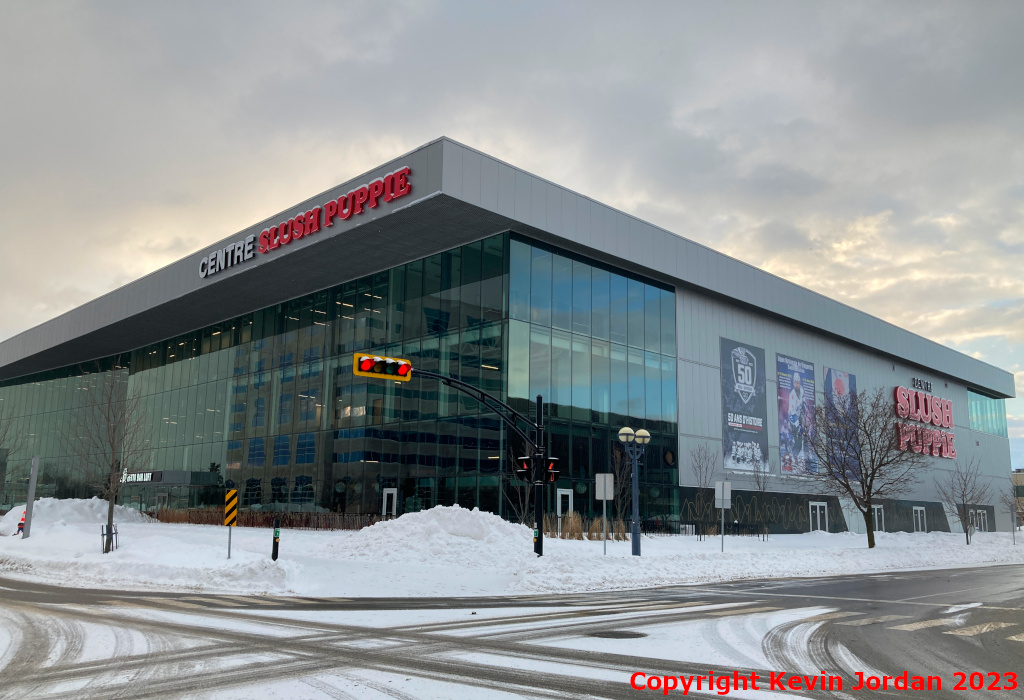 COVID changed so many things around the world, both directly and indirectly, and one of the indirect things that changed was that fans occasionally missed the chance to say goodbye to their old arenas and stadiums. Consider Brentford FC in England, who played for over a century at Griffin Park in West London, then were denied the opportunity to hold a proper farewell match. The new stadium was ready, contracts were signed, and the club needed the money from the sale of the old stadium to finish the new one, so fans leaving their final home game before the first lockdown in March of 2020 had no idea they would never get to return. We fans develop emotional attachment to the places where our teams play, and closure at the end of any relationship is important, even when it's a relationship to a building.

I am grateful, then, that fans of the CHL's equivalent of Brentford at least had the opportunity to say goodbye. The Centre Slush Puppie was scheduled to open in the fall of 2021, which would have meant their beloved old home, Le Vieux-Bob, was supposed to have had a gala closing ceremony at the end of the 2020-21 season. Given that that never happened, and indeed given that the arena was repurposed as a homeless shelter during the 2020-21 bubble season, it was fitting and proper that the Olympiques returned to the Bob for a pair of final games in the 2021 preseason before opening their new home. The closing ceremony may have been delayed by the pandemic, but at least it wasn't cancelled.

The Hull Olympiques were known as such up to the merger of Hull, Aylmer and Gatineau in 2002, but it wasn't until the new arena opened that the team actually played in the former city of Gatineau. Whereas the Bob was adjacent to downtown, the new rink is decidedly suburban, located beside the local CEGEP in the middle of a big-box shopping area. On gamenight, I left dinner with an old friend in downtown Ottawa with what I thought was more than enough time to get down there in time for the start of warmups, but heavy traffic and poor synchronization of traffic signals, not to mention a long line waiting to get into the parking garage that is the only realistic option for most people, meant I missed all of it and walked in only a few minutes before puck drop. The parking was at least free, but any garage takes a long time to clear after a game, which means that if you're going, plan to go early and leave late. Having local traffic cops on hand to direct traffic could have helped immensely.

The arena itself is very modern, with glass and silver-clad walls, and a big red marquee sign that I wish had the Slush Puppie dog-in-hat logo included. I mean, given the name, you may as well go all out, right? The complex includes several other community rinks in addition to the Olympiques' home, and the main entrance is in the wall of glass, thankfully separated from a separate entrance for those playing rec league hockey at the same time.

I really liked the interior design choices made at the Slush Puppie Centre. The main entrance has high ceilings and bright lighting, but every available surface is black and silver. Black may be trendy right now, but it's also team colours, and any arena dripping team colours automatically gets points in my book. I quickly made my way up the escalator along the glass wall, had my ticket scanned, and was in the top concourse.

Getting it out of the way right away - the Slush Puppie Centre is a clone rink. In design terms, the arena bowl itself is no different from the Sault or Vancouver or any other new arena with an open top concourse, a single ring of seats, and a suite level. The one side of the rink is open to the glass wall, which would mean loads of natural light for day games. The concourses are very wide open, and surprisingly, there were very few obstructions in them - the concessions and washrooms are all tucked into corners, which means that the concourse itself is very easy to navigate. And everything, everywhere, is painted defiantly black.

I made it to my seat in time for the anthem, and sat and enjoyed a first period in which an incredible ten goals were scored by the intermission - Gatineau led 8-2 after one. I got up for the intermission and walked the concourse, taking pictures, looking for the souvenir stand to buy my usual team puck, and - hey, where's the souvenir stand? After two laps I couldn't find it, nor was there any signage or any other clues as to how I could give the team more of my money. The intermission ended, and let's be honest, I didn't really care who won an Olympiques-Foreurs regular season game, so I kept walking. I had my hand stamped, made my way back downstairs, nearly exiting the building at the ticket booth, before finally finding a bored teenage girl working at a deserted souvenir stand hiding on the back side of the ticket booths. I've seen teams have team stores outside the ticketed areas before, but I've never been to an arena where it was literally impossible to buy any souvenirs in the ticketed zone. There was also no indication or direction from the team as to where it might be located - no signs, no announcements, no clues. In our corporate, commercial age, it shouldn't be that hard to find a way to buy team merch at a hockey game.

That one issue notwithstanding, I really liked Centre Slush Puppie. Between the black walls and ceiling and black seats, the arena feels dark and intimidating in a way no other clone rink I've ever been to does, and man, it works. Hull fans have always had a reputation for atmosphere, and the crowd noise was still there in spades at the new rink. The video board is run professionally, the sound system is clear (although a little louder than I'd like), and washrooms are clean. It's one of the better new CHL clones.

I loved discovering the CHL arenas in Quebec because it was the last province to start closing all their old buildings. Losing an icon like Robert Guertin Arena sucks, and I wish it was still open, but if it had to be replaced, they couldn't have done much better. The traffic and parking issues aren't ideal, and perhaps over time navigation and signage in the building will improve (and maybe they'll move a souvenir table back up into the concourse, where it was in the first season before the souvenir booth opened), but the bones of the arena are solid. I'm so pleased that Olympiques fans got the chance to say goodbye to their old home, and the best thing I can say about their new one is that it truly feels like it belongs to them. 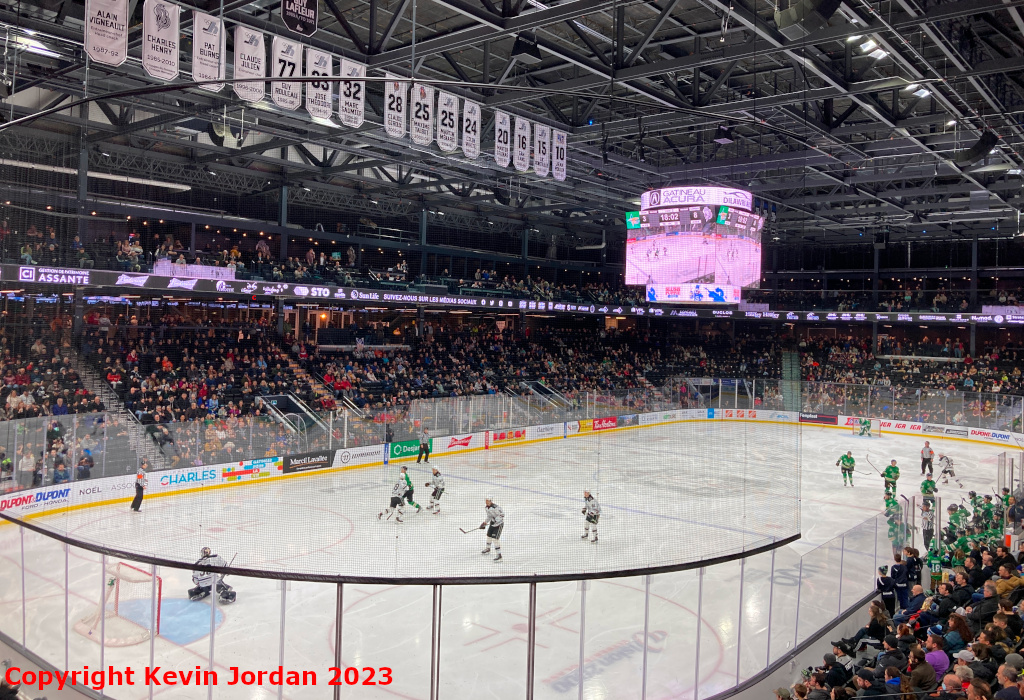 Future Developments
There are no plans to renovate or replace the Centre Slush Puppie.


Franchise History
The Hull Olympiques franchise was founded in 1973 as the Hull Festivals, but were renamed the Olympiques in 1976, and have been a model of stability for an oft-unstable league. The Robert Guertin Arena was the team's home until the 2021-22 season, when the Centre Slush Puppie opened.